Shopping languages of the world

English is the most commonly used language among foreign language speakers. Throughout the world, when people with different languages come together they commonly use English to communicate. We always knew that. And what about languages which are used for shopping in different countries? We decided to shed some light here by analysing the “Buy Me a Pie!” users.

So, we analysed top 10 countries by number of total users only to prove the statement: English is the most commonly used language. All top 10 countries speak English besides their native languages.

The second popular language is Spanish. Third place share Russian and German being presented in 6 different countries. Fourth is French and fifth is Italian.

Being inspired with this data we decided to analyse also how many languages speak inhabitants of our top 10 countries and got this: 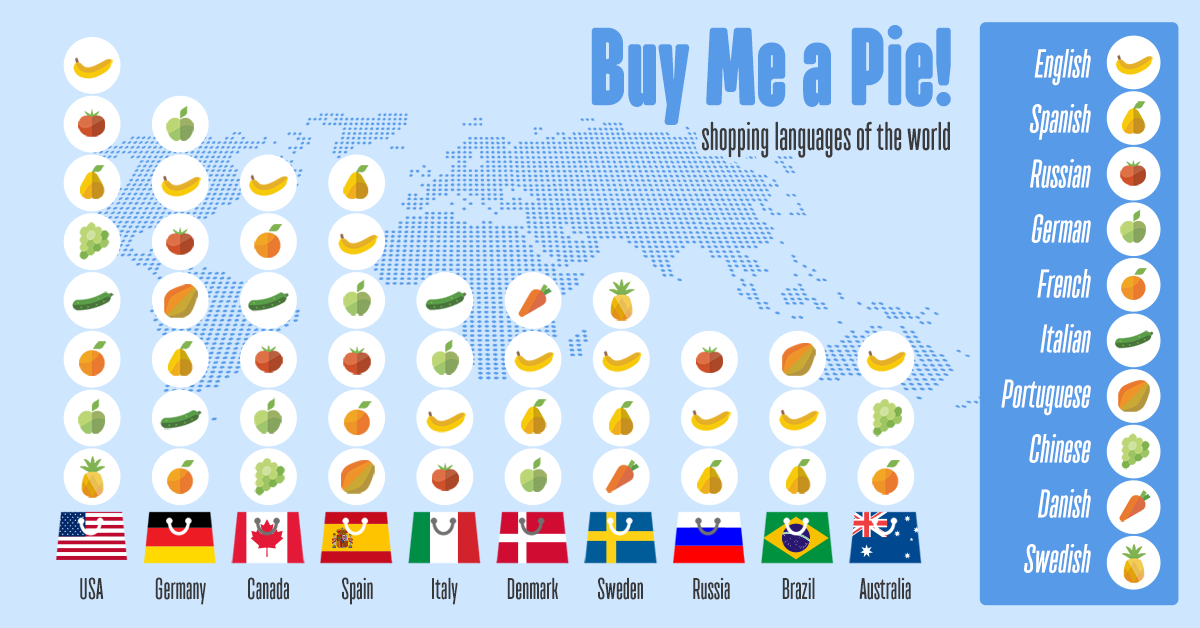