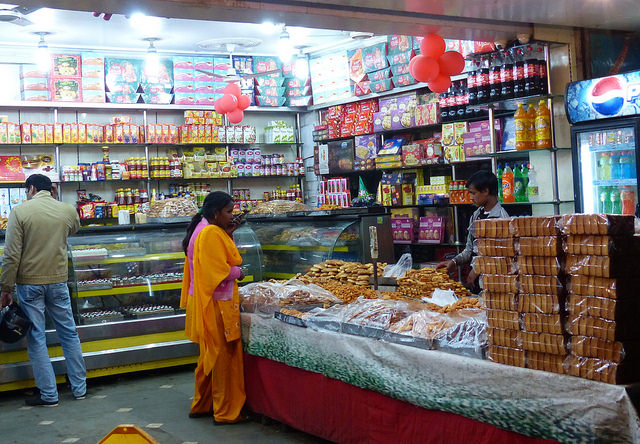 Today’s consumers go smart shopping and are in constant hunting for the best possible goods and service, that is competitive price alone cannot draw in smart consumers or satisfy them. Consumers today are not only keen on saving money but also benefiting family life too. They don’t want to just take advantage of coupons or promotions in order to save on foods but be part of consumer culture.

For example, a McDonald is equipped with a playhouse. What the executives of McDonald realized was that its success depends on not only how to provide consumers with speedy service and inexpensive foods but also how to meet consumer’s needs and expectations. Think, how relatable restaurant and playroom are to each other. Barely. But a McDonald playhouse became a part of family shopping culture, as parents use it as a nursery home for their children.

If I say to you that you need to improve scent in your office in order to draw more customers, or ultimately succeed in your business, at first, you may not be convinced. But it won’t take much time to see the point. How would you react if you walked in a nice restaurant famous for its delicious cuisines and you realized some unholy stench was filled in that restaurant? Mere scent may not impose immediate health risks on customers or make the food it serves particularly hazardous; however, you wouldn’t enjoy the food, no matter how delicious it tastes. Likewise, any unpleasant odor from business spaces where customers stay would not only ruin their impression thereon but also drive them out and eventually bring down the whole business.

In this context, bench-marketing scent isn’t limited to restaurants. Some food businesses are actually adjusting their recipes in order to produce better scents to appeal to customers, so that they may feel that they are in a right environment to indulge their appetite. But not all businesses are scent sensitive. For example, customers in grocery stores are mostly budget conscious shoppers, rather than scent-conscious; many of them would carry weekly grocery list as they meticulously monitor various opportunities that come in their way. They are diligently seeking for grocery shopping tips and advices, and tend to exchange with other customers information on how to grocery shop. They shop smart. Smart food shopping, however, often means to some more quality foods than just how to shop on a budget, while shopping on a budget to some can be priority. But even if grocery stores are not particularly scent sensitive, will it inspire the shoppers to buy more if a grocery store smells like a Goodyear shop? Whether it’s a grocery store, a fast food chain, or an insurance office, there is a unique scent customers are expecting from each business premise. And there are scents that induce us to buy more. 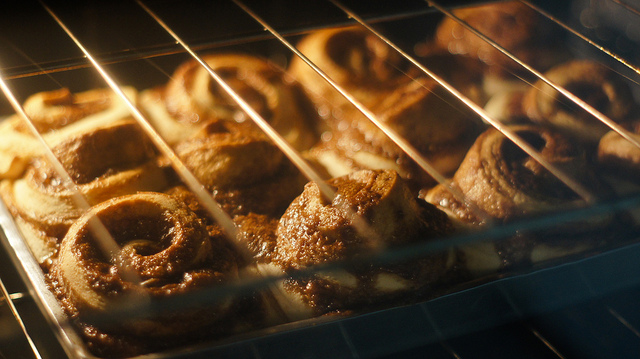 According to Kat Cole, president of Cinnabon, the bakery chain of Focus Brands Inc., said the enticing scent of cinnamon rolls that escapes the oven and lingers within the store is a critical part of their product. When the company put the ovens back of the store instead of placing in the front of the store, Kat Cole said, the sales drop dramatically. Of course, it’s not yet clear whether or not scent directly boost sales; however, Cinnabon’s cinnamon scent is actually connected to its own identity of business. Now more stores are using diffusers in order to create pleasant ambience, for example, some of Cinnabon stores burn brown sugar and diffuse the fragrance throughout the store. Hotels, retails, and high-end buildings also are using subtle scents to help residents feel more authentic.

In a place called Panera Bread you are kind of hoping to get the aroma of bread. Customers will be able to watch baked goods being made, chat with bakers and grab warm pastry samples,” Tom Gumpel, head baker of Panera Bread Co.

However, the lingering scent has to do with ventilation. In order to secure the scent within the store, Mr. Gumpel once used a hoodless oven in a store in New Haven, Connecticut, so that it spew the scent back to the inside, rather than ventilating it. Cinnabon also had their franchisees to use the least efficient hood available as possible, according to Mr. Cole, Cinnabon president.

Starbucks is also keen on scent and its impact on the whole business. In 2008, Starbucks removed breakfast from its shelves for six months because cooking smell of breakfast damaged the traditional coffee aroma Starbucks is famous for. According to Howard Shultz, chief executive, it’s like losing the soul of the company. The breakfast eventually reappeared, only after the company switched to leaner bacon and higher-quality ham and cheese, and started cooking the sandwiches at 300 degrees or below.

But not all scent-sensitive businesses love scent like Cinnabon.

Lush Fresh Handmade Cosmetics, a cosmetics retailer, uses exhaust systems in all stores to remove the scent, because it can easily overwhelm the customers, according to the spokesman. American Apparel, a clothing retailer, also strategically shuns scent marketing, only focusing on clothes only, because scent is just distracting, according to Ryan Holiday, a spokesman of the company.

Scent marketing is not for all, but surely more companies find its potential. Cinnabon has ever since invested more in savory items to boost lunch and snack sales. Now Cinnabon-flavored vodka, coffee creamer, air freshener, etc. bring in more than $1 billion in 2013, according to Ms. Cole.

Apparently cinnamon aroma has become the greatest asset for Cinnabon.