What country is the most green eating?

Home > Blog > What country is the most green eating? 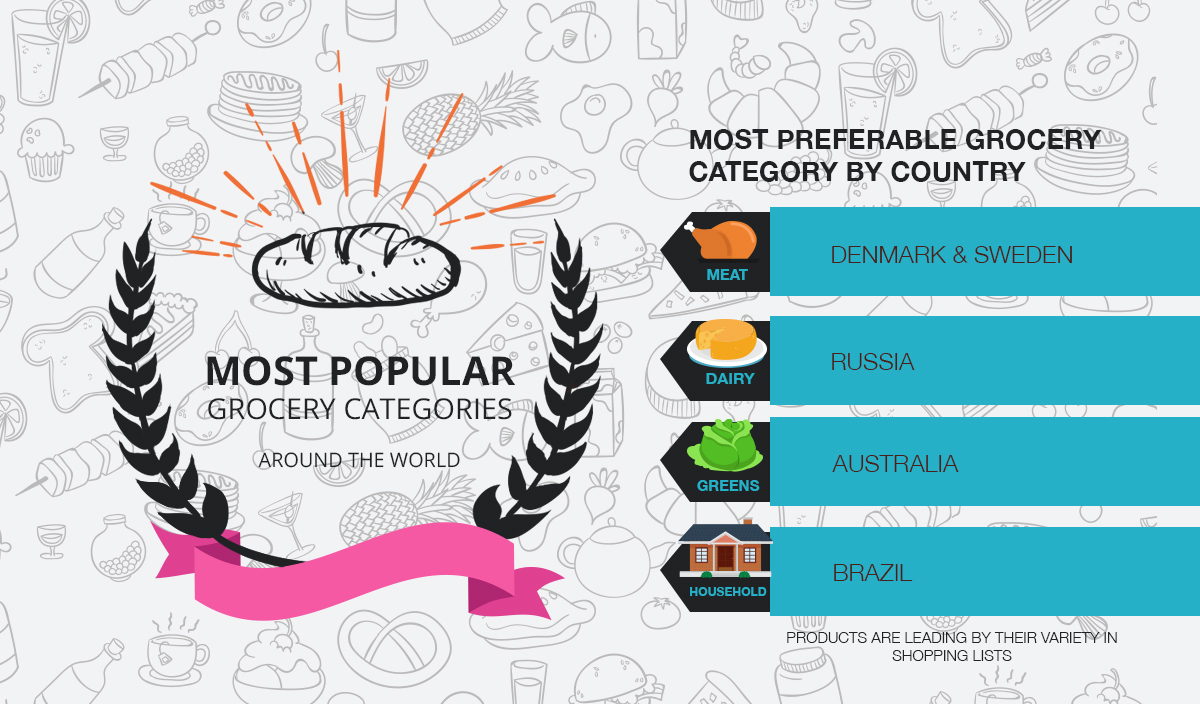 Who said Australians are the most meat-eating nation? Based on stats, 48% of Australians’ grocery lists are full with various kinds of vegetables and fruits, while meat’s part is only 12%.

There were some researches carried out to learn what nation eats more meat and there was a big competition between USA and Australia before Australia shot ahead. We decided to check out if this is true for our customers.

We found out that both nations are way green lovers. The USA customers are likely to add some onions on the list instead of a chicken pack. Yet, meat takes 12% of the list in Australia and only 8% in the USA. So, the researches were true Australians eat more meat than the Americans yet not as often as both nations eat vegetables and fruits.

Chicken is the most popular meat around the globe. 36% of users’ shopping lists contain chicken as the main meat type.

40% of the world prefers tomatoes over cucumbers, onions and potatoes. Only people in Denmark have cucumbers on one of top places in their shopping lists.

As for fruits everyone eats bananas and apples. These two only are present in the top 25 groceries in users lists.

Dairy produce does not vary a lot as well. Milk is a top dairy product in all of the shopping lists. Second place among dairy produce takes butter. Cheese and yogurt take the second place only in two countries: Sweden and Canada respectively.