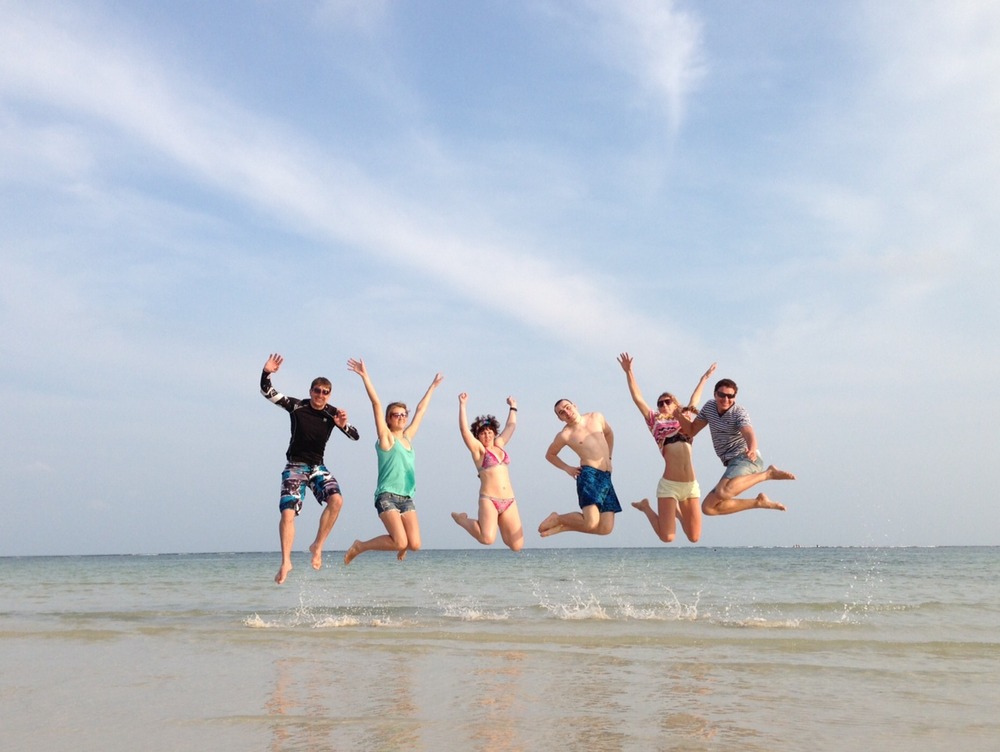 Russian winter is not just a season – it’s a way of life. Trust us, it’s really cold here in winter months.That’s why this year the «» team decided to experiment and moved to Koh Samui, Thailand for a month. The idea was to see how the climate change affects efficiency and team spirit. Now that we’re back, and the initial excitement is over, we’ll share our impressions with you.

Our group was pretty large – almost 30 people total, thus we parted and reached the destination different ways – some of us flew directly to Bangkok, others travelled via Qatar or Vietnam. 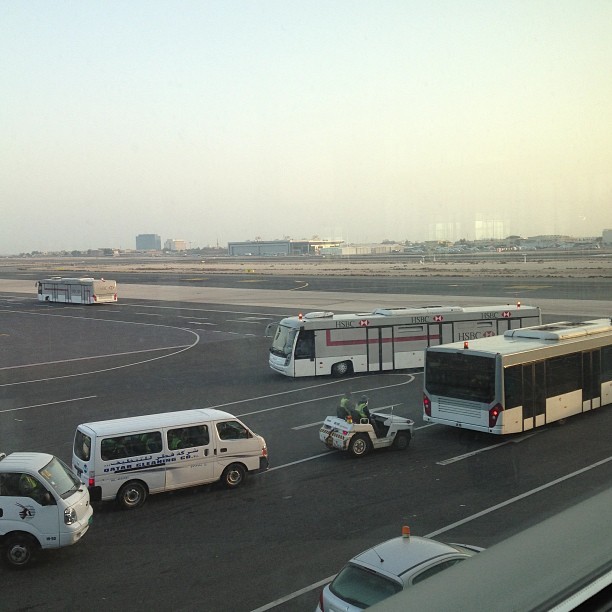 There are many different way to reach Koh Samui from Bangkok: a direct flight, a transfer that includes flight+bus+ferry, or a night bus from Bangkok and about two-hours ferry trip. Since each of us selected the most suitable way according to his/her personal arrival time to Bangkok, we tried them all. And we must say that the ferry rules! It lets you enjoy Koh Samui views before you even reach land.

The trip from Russia to the island took us 5 days in total. Koh Samui met us with three rented villas and swimming pools, that were attacked by our guys immediately. Some jumped in with their clothes on.

After everybody arrived we made an arrival party with grilled seafood and chicken. We tried most of the local exotic fruits right away. In the friendly atmosphere, with easy listening, we finally relaxed after a long journey and realised: we arrived!

For the first few days it was rather hard to get used to time difference: we were now beginning work 3 hours earlier than our colleagues who stayed in Russia. Our everyday teams shifted. We finished, when they were in the middle of their work day. We were definitely a little out of sync.

It was the weather that helped us to tune in to the working mood. We arrived on Saturday and it was extremely hot the whole weekend. Our brains nearly melted and were useless for work. But Monday started with a tropical rain that did not stop until Friday. All we could do is stay in and  work. And you know what? We enjoyed that!

We were mostly focused on v3.0 for iOS, which is expected to be released one of these days. This version has an updated design that is aimed at making the app even more enjoyable to use, as well as some long-awaited features asked for by many customers. While in Koh Samui we also devoted much time to the Android version development, that will follow the v3.0 release.

Koh Samui has surprisingly a lot to see for a little island. It’s worth travelling far and wide, which we did on rented motorbikes on days off. Besides sightseeing, the sunsets here are absolutely divine. And working days were flavored with morning jogging along the seaсoast, working out, massages and a variety of local cuisine.
If you have a chance to visit Koh Samui, find some time for an excursion to Koh Tao and Koh Nang Yuan islands.
Koh Tao was named after sea turtles that used to live there in large number. Nowadays, alas, there are little of them left there, but underwater is astonishing. That’s where we first tried snorkeling. The experience was incredible. The coastal waters are full of bright tropical fish, sea ​​urchins and other marine life.

If you mount the top of any of these islands, you can see this fantastic view:

Thais are remarkably positive and kind people. They are hardworking and diligent, always seeking ways to earn a living. Yet, when they offer to help someone, they almost never are interested in money for their assistance. Like, when one of our bikes had a low battery and we had to push it to the auto repair shop, nearly every (!) Thai riding by stopped and offered help. Finally one of them stopped and refused to leave until we accepted his offer. He sat on his bike, and had our employee sit on his own bike, stretched his foot upon the lifeless bike and throttled. He pushed our employee and his dead bike to an auto repair shop, where he discussed the bike’s defect with the repairer, and left only after he made sure there is nothing else he could help with. He refused to accept any money for all of his help.

Since we were leaving Koh Samui in groups at different times, we decided to have the farewell party on the last weekend, that coincided with the 10th anniversary of our alma mater, «Skript» company. It was a quiet home barbeсue party, with stunningly delicious Thai fruit and jumps into the pool. Not a pathetic corporate party, but a heartwarming night for good friends.

And after that, when each group was about to leave, we organized mini goodbye parties. One such night we launched sky lanterns.

We didn’t want to leave, we felt tuned in to work and found the perfect way to combine work and recreation by reducing time spent sleeping. We discovered we spent much less time sleeping in Thailand, as we seemed to feel more rested on less sleep in that climate than at home. And of course it would have been a pity to waste time on sleep when there were so many interesting things to see!

As with our arrival, we left Koh Samui in small groups at different times. Many of us took the opportunity to spend a day in Bangkok, the largest city and the capital of Thailand. We all flew from Bangkok to Moscow, but with transfers in different cities: Alma-Ata, Hanoi, Doha, Astana. It was also a good opportunity for us to see these places we’ve never been before. 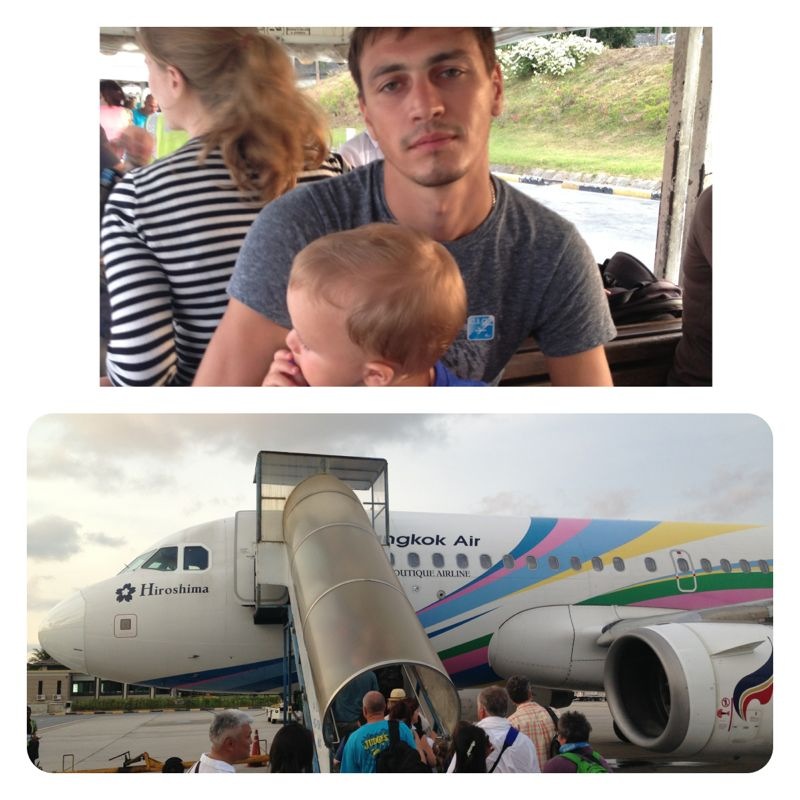 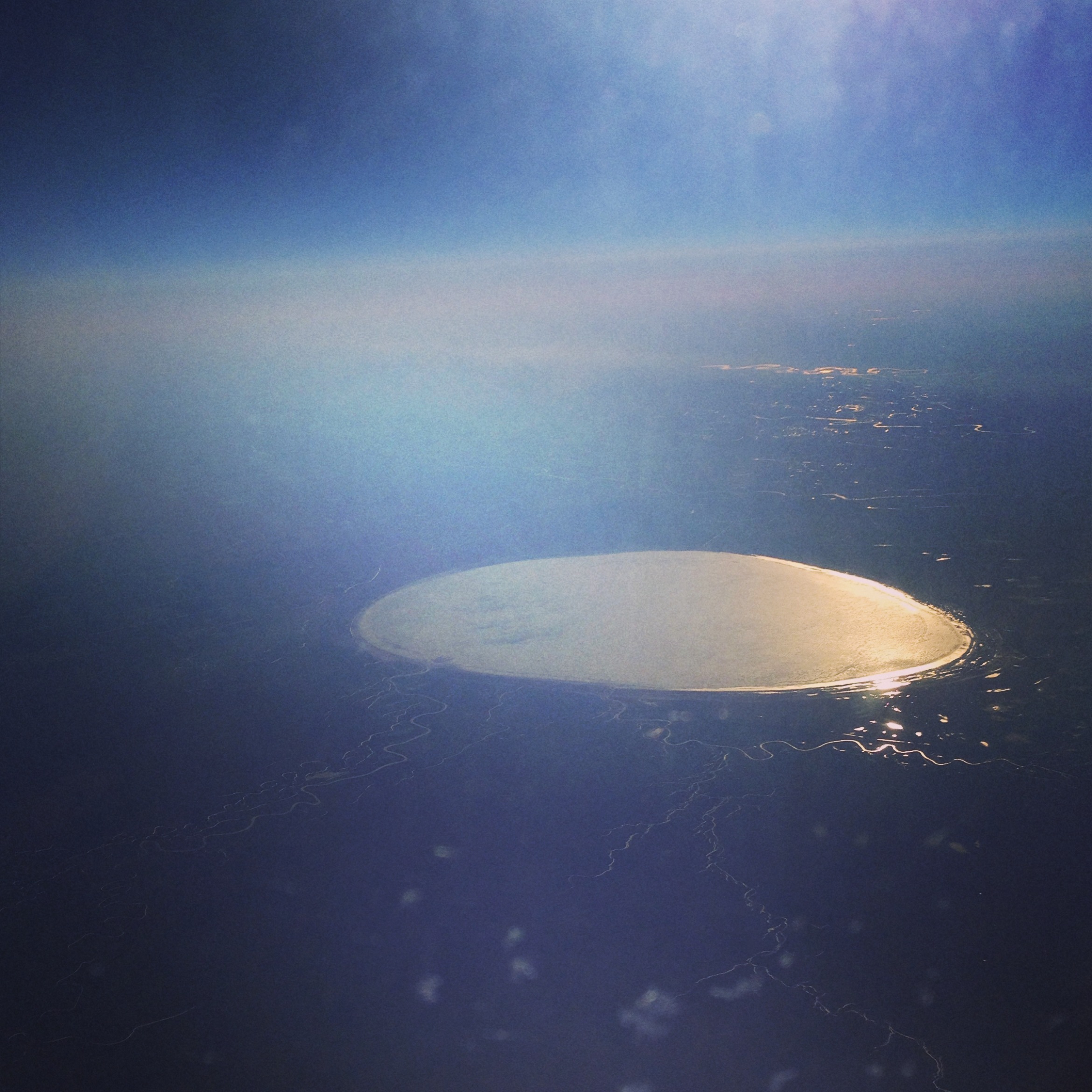 We were back in Russia on April 2. And we can now say that we – each of us – definitely liked this experiment and will probably repeat it. We discovered a wonderful land called Thailand, and will be happy to see it again.